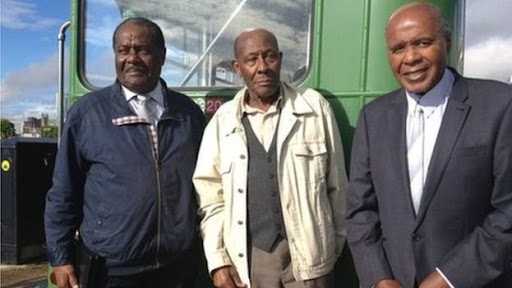 30 April 1963 marked the Bristol Bus Boycott, which arose from the refusal of the Bristol Omnibus Company to employ Black or Asian bus crews in the city of Bristol. To understand why the Bristol Bus Boycott happened, it’s important to understand the history in the UK at the time. In the late 40s and throughout the 50s, mainland Britain faced a labour shortage after World War II, and looked to its Caribbean colonies to help fill the gap. Thousands of people, known now as the Windrush Generation, answered the call and arrived in Britain between 1948 and 1971. By 1963, there were an estimated 3,000 people of Caribbean origin living in Bristol. Many experienced racial discrimination, were violently attacked, denied housing, and, despite labour shortages, were refused jobs because of the colour of their skin.

In 1955, the Transport and General Worker’s Union passed a resolution that banned people of colour from working as bus drivers or conductors, and the Bristol Omnibus Company did nothing to dispute this. In response, a Jamaican man, Roy Hackett, helped set up the Commonwealth Coordinated Committee (CCC) in 1962, with the purpose of uniting the Caribbean community and supporting any Black person who was facing discrimination. Another Black-led organisation at the time was the West Indian Development Committee (WIDC), run by Paul Stephenson, Bristol’s first Black youth officer. Together, the CCC and the WIDC campaigned against racial injustices and their biggest fight was in 1963 against the Bristol Omnibus Company.

A plaque at Bristol Bus Station commemorating the boycott

Paul Stephenson brought the company’s racist policy to public attention. He put forward a well-qualified man named Guy Bailey for a vacancy as a bus conductor with the Bristol Omnibus Company, but when the employers realised Guy was a Black Jamaican, the interview was cancelled. In response to this, there was public outcry and, inspired by Rosa Parks and the Montgomery Bus Boycott, the CCC and WIDC called for a boycott of Bristol’s buses.

The boycott soon attracted national and international attention, with an array of big names lending their support to the campaign, including Prime Minister Harold Wilson, local Labour politician Tony Benn, and famous West Indian cricketer and diplomat Sir Learie Constantine. With pressure growing on the Bristol Omnibus Company, it was finally forced to end its ban in August 1963.

A significant milestone in achieving racial equality, the boycott resulted in the employment of the first conductor of colour on 17 September 1963, Raghbir Singh. This demonstration ultimately influenced the passing of the Race Relations Act 1965, making “racial discrimination in public places” unlawful, and subsequently the Race Relations Act 1968, which extended protection from racial discrimination to employment and housing.

To find out more about the Bristol Bus Boycott, listen to the The History Hotline’s episode – available on Spotify and Apple Podcasts.

“Paul Stephenson’s life, as readers of this book will see, offers living proof that history is made by the people who make the effort.”

Read Paul Stephenson OBE’s autobiography, which details his hugely influential life and his role in the UK’s Civil Rights movement. Available from the Bristol Museums website.